When it comes to choosing a place to teach in, TEFL teachers in the LGBTQ+ community may have more concerns than the average TEFL teacher. While large amounts of the world have gradually adopted more LGBTQ+-friendly policies. Including making their environments safer for marginalised people. There are still countries where being LGBTQ+ is unsafe, if not outright illegal.

When it comes to choosing a place to teach in, TEFL teachers in the LGBTQ+ community may have more concerns than the average TEFL teacher. While large amounts of the world have gradually adopted more LGBTQ+-friendly policies. Including making their environments safer for marginalised people. There are still countries where being LGBTQ+ is unsafe, if not outright illegal.

However, there are numerous excellent destinations for LGBTQ+ TEFL teachers all around the world. From top South American destinations that have enacted key legislation on equal marriage and self-identification. To other unexpected TEFL venues, you may not have considered previously.

While certain sections of the world have made little progress in terms of equality. There are a few unique regions that are TEFL destinations for LGBTQ+ teachers. The best thing is that language schools in these areas employ non-native English speakers. Those who can assist aspiring English speakers in properly learning the language.

In honour of Pride Month, we’ve compiled a list of the safest places for LGBTQ+ TEFL teachers in 2022.

Around 90% of Spaniards agree that members of the LGBTQ+ community should be treated with respect. Spain was one of the first countries in the world to allow same-sex marriage in 2005. Through the contributions of prominent persons such as Federico Garcia Lorca and Pedro Almodóvar. The art and culture platform of Spain has gained a significant level of impact from LGBTQ people. Barcelona, for example, is a gay-friendly city with plenty of opportunities to teach in its language schools.

The Netherlands may not appear to be a top choice for TEFL teachers in 2022. With its high English literacy rates. The land of tulips, Vincent van Gogh, and Johan Cruijff, on the other hand, are looking for highly-trained, well-qualified TEFL teachers to work with talented students at universities, schools, and institutions.

As an EU member, the Netherlands is subject to EU equality legislation to some extent. The Netherlands, on the other hand, is unrivalled in terms of LGBTQ+ culture tolerance and celebration. According to Asher & Lyric, the Netherlands will be the third safest country for LGBTQ+ people in 2022, with over 75 per cent of poll respondents believing that it is a fantastic place to live in terms of legal rights and tolerance.

It was a significant stride forward when Chile legalised same-sex marriage and adoption in 2021. Chile is an incredible gem in South America. Chile has a higher standard of living than much of the continent. It has fantastic earnings, a thriving culture, and breathtaking views as far as the eye can see for prospective TEFL teachers. 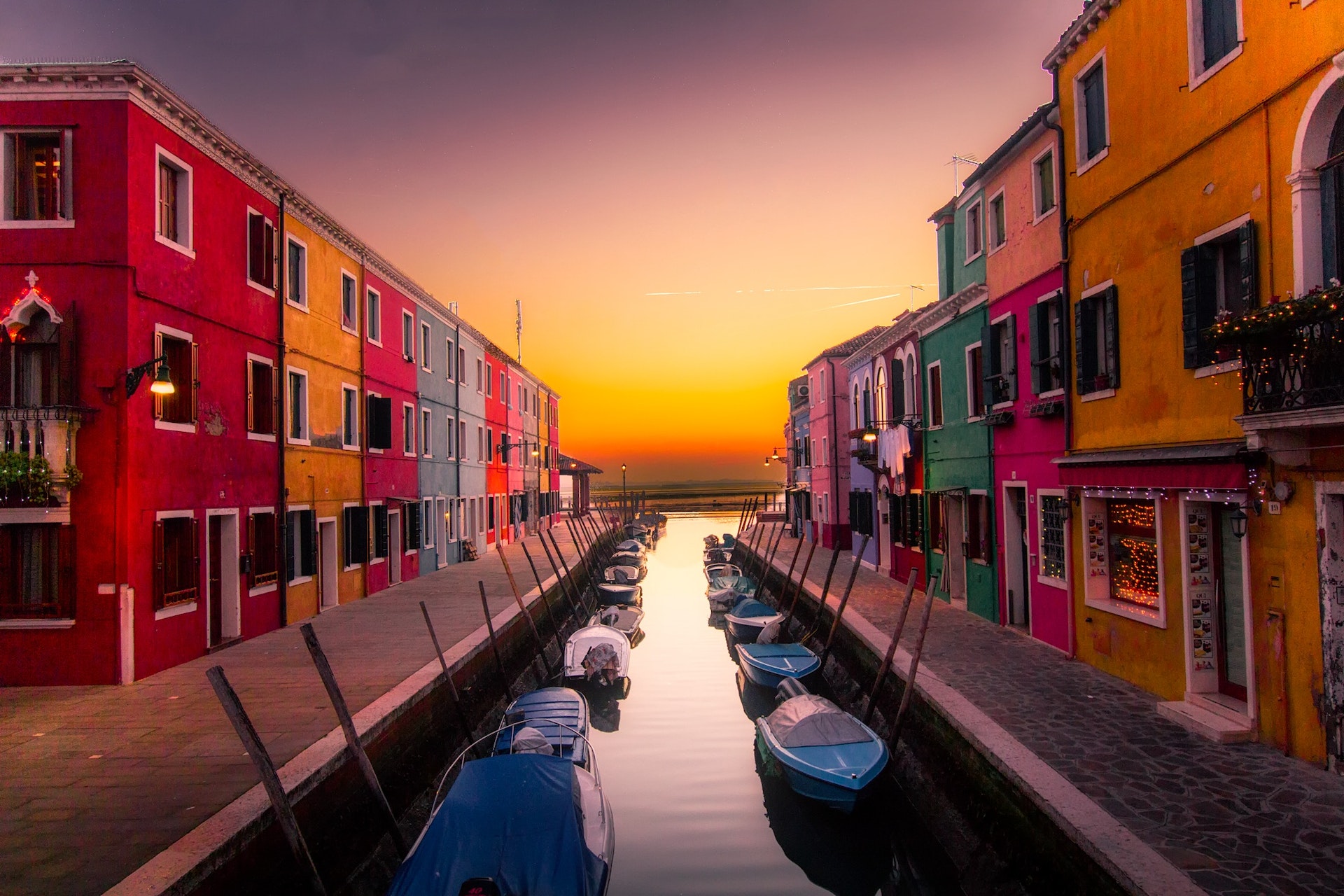 Chile is a coastal country that borders Bolivia and Argentina to the west and faces the Pacific Ocean. If you like beaches, you’re in luck; it’s also home to some of the world’s most enthusiastic football fans, so there’s something for everyone!

One underappreciated TEFL destination is Chile. With its bustling cities, Chile’s pay isn’t exactly eye-watering in terms of Western standards, but an English teacher may easily make ends meet in terms of local living expenses. Although students can be rowdy, the Chilean people have a good-natured sense of humour that makes it ideal for any extrovert who isn’t scared to immerse themselves in the local culture.

Only five countries received genuine A marks for safety in terms of LGBTQ+ rights in Asher & Lyric’s comprehensive survey of all nations on earth. One of them was Portugal.

Portugal, a liberal country even by Western European standards, has taken the lead on social concerns since the turn of the century. Portugal was one of the first ten countries in the world to legalise same-sex marriage in 2010, after being a rather repressive country that did not decriminalise homosexuality until 1982.

When it comes to Pride, Portugal’s two largest cities don’t mess around. Lisbon and Porto host annual Pride celebrations and are known around the world for their LGBT club culture. In other words, if you want to party while also making a good livelihood as a TEFL teacher, Portugal should be on your list of places to visit.

Given how seriously Portugal takes academics, you’ll need a degree and at least a 120-hour TEFL certification to get a quality job there. You will, however, be rewarded with one of the best income packages for TEFL teachers in Europe, as well as one of the safest, most progressive, most expressive cultures available.

It’s one of the most well-known options for LGBTQ+ TEFL teachers. On every street in Bangkok, homosexual couples can be seen walking hand-in-hand with no one bothering them. (However, PDAs between any two people are frowned upon.) The LGBTQ+ group is well-represented in their culture as well.

The Thai government, on the other hand, passed a civil partnership measure in 2020 that recognises same-sex unions as long as one of the couples is Thai. Surprisingly, these unions have the same rights as heterosexual weddings, and they are referred to as partnerships rather than marriages.

It’s difficult to compete with the European Union’s home when it comes to equality, identity politics, and politics in general. Over the last few decades, Belgium has been a popular tourist destination, and it has a unique perspective as both a beautifully maintained and historic country and a country at the vanguard of continental decision-making. Belgium is, of course, a no-brainer for beer enthusiasts. It is home to more ridiculously delicious beverages than one can count.

The bottom line is that Belgium is the 7th safest country in the world for LGBTQ+ individuals. That’s impressive, but given the EU’s emphasis on human rights and equality, it’s not surprising Belgian LGBTQ+ rights have long been at the forefront of the global movement — same-sex “acts relations have been legal in Belgium since 1795, with the exception of a 20-year period between 1965 and 1985.

Belgium was one of the first countries in the world to legalise same-sex domestic partnerships in 2000, and it was the second country on the planet to legalise same-sex marriage in 2003. Belgian politics also includes a number of LGBTQ+ heroes; former Prime Minister Elio de Rupo and Minister Pascal Smet are both openly gay, and Belgium also has Petra de Sutter, Europe’s first trans minister.

In terms of TEFL, Belgium, like the Netherlands, has a high degree of English competence. That isn’t to say that opportunities aren’t available. French, Dutch, German, and Flemish are widely spoken alongside English in this polyglot country, but native-level TEFL teachers are in high demand — that is, if you have experience on your CV.

Taiwan, a prominent TEFL destination in Asia, is quickly gaining traction as the ideal Asian destination for LGBTQ+ TEFL teachers. Discrimination based on gender identity and sexual orientation in the workplace was outlawed in 2007, and same-sex marriage has been lawful since 2019. Every year in Taipei, Taiwan Pride, Asia’s largest LGBT pride, is hosted. 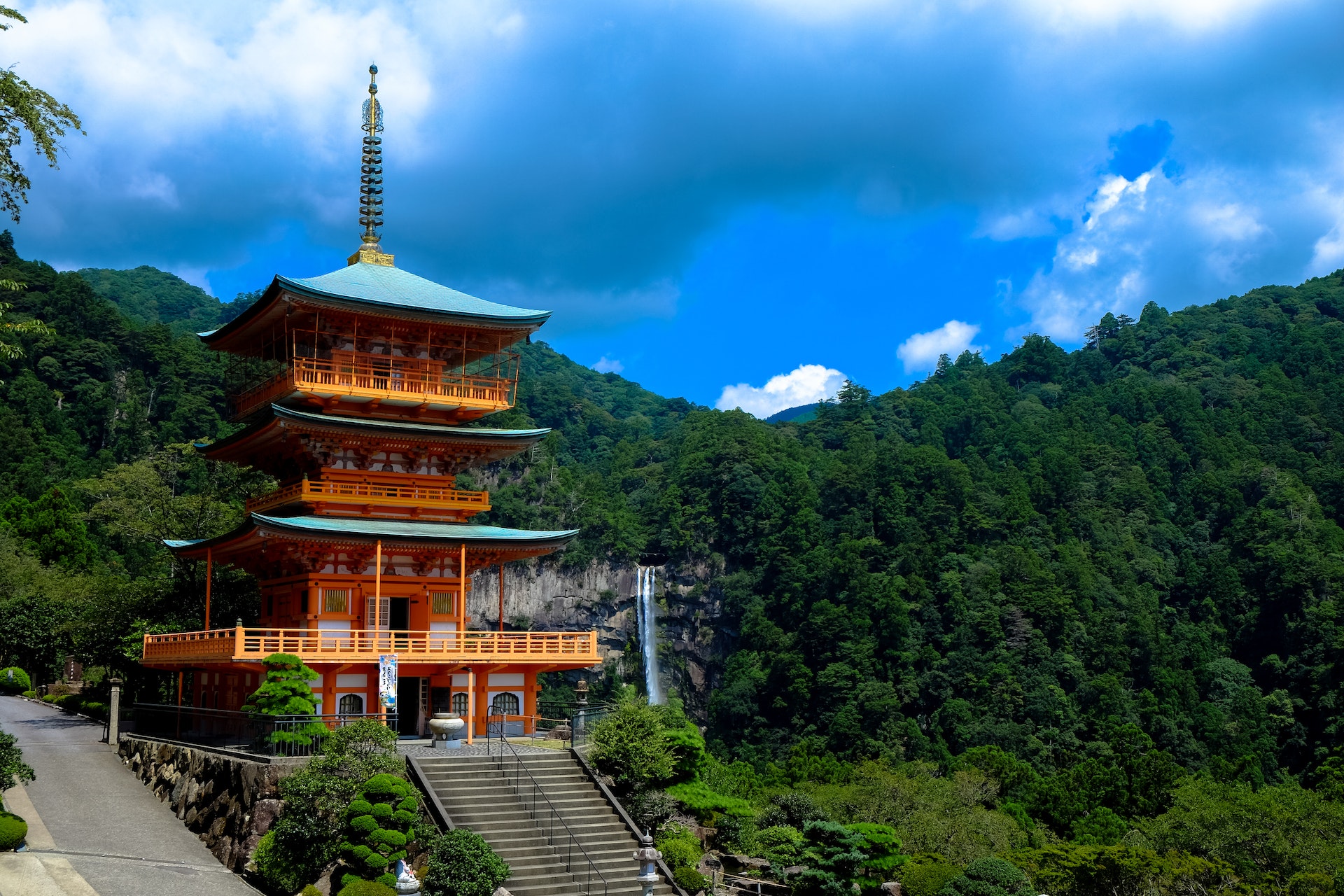 Again, everyone’s experiences are different. Despite the absence of legal protection and cultural tolerance, LGBTQ+ people can thrive teaching English in Japan, for example.

It’s also worth noting that there is no such thing as an “ideal” LGBTQ+ destination. We should be under no illusions that there is still a lot of work to be done everywhere.

It all boils down to your own personal comfort and safety. What works for one person may not work for another; such is the essence of the human experience.

The most crucial thing for a TEFL teacher to consider before travelling is safety and the ability to live happily.

In 2022, one of the hottest job industries in the world will be teaching English . The 120-hour TEFL certificate programme offers great course materials. Allowing hopefuls and professional instructors to earn internationally recognised teaching certificates. As well as gain opportunities to teach in other countries. A TEFL course can also be taken online, allowing students to get their certification while being at home.

TEFL stands for Teaching English as a Foreign Language. It is primarily teaching non-native speakers English without the use of translation. This means you won’t need to know their first language. TEFL teachers will need the knowledge and know-how of the methodologies to teach in this way. This is why teachers will first need to complete a TEFL course and gain the qualification. TEFL is widely used to either teach English online in one-to-one or small group scenarios or to teach English abroad and sometimes even used as an easier way to travel.
The TEFL Institute have no other qualification criteria to complete one of our TEFL courses. As long as you have a decent level of English and are aged from 18 upwards, you will be eligible to gain your lifetime TEFL certification.
First and foremost, an aspiring TEFL teacher must be outgoing and confident, and not afraid to make themselves look a little silly, especially when teaching children. Expression is a huge part of the methodologies to be able to get your point across. You’ll warm up to this in time and it all takes practice. We suggest people to be at least 16 with a C1 level of English or higher. If you're not sure, we have a free English test. We also would recommend people who work on their own initiative as it is an online course and you will need to be your own motivation.

Your Insights to a successful TEFL Career

Let us guide you on the best ways to do your job research, application & interview. This is your bible to success.

It is a long established fact that a reader will be distracted by the readable content of a page when looking at its layout.

We use cookies on our website to give you the most relevant experience by remembering your preferences and repeat visits. By clicking “Accept”, you consent to the use of ALL the cookies.
Cookie SettingsACCEPT
Manage consent

This website uses cookies to improve your experience while you navigate through the website. Out of these, the cookies that are categorized as necessary are stored on your browser as they are essential for the working of basic functionalities of the website. We also use third-party cookies that help us analyze and understand how you use this website. These cookies will be stored in your browser only with your consent. You also have the option to opt-out of these cookies. But opting out of some of these cookies may affect your browsing experience.
Necessary Always Enabled
Necessary cookies are absolutely essential for the website to function properly. These cookies ensure basic functionalities and security features of the website, anonymously.
Functional
Functional cookies help to perform certain functionalities like sharing the content of the website on social media platforms, collect feedbacks, and other third-party features.
Performance
Performance cookies are used to understand and analyze the key performance indexes of the website which helps in delivering a better user experience for the visitors.
Analytics
Analytical cookies are used to understand how visitors interact with the website. These cookies help provide information on metrics the number of visitors, bounce rate, traffic source, etc.
Advertisement
Advertisement cookies are used to provide visitors with relevant ads and marketing campaigns. These cookies track visitors across websites and collect information to provide customized ads.
Others
Other uncategorized cookies are those that are being analyzed and have not been classified into a category as yet.
SAVE & ACCEPT